Is it sweet or bitter to be a queen?

The Vine have compiled a list of the best and worst celebrities dressed as Cleopatra, apparently apropos of nothing, save the enduring awesomeness of that Ancient Egyptian Pharaoh. Hey, I'm not complaining... well, one complaint: Where is Vivien Leigh as she appeared in Gabriel Pascal's 1945 peplum flick, Caesar and Cleopatra??? 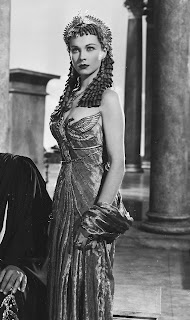 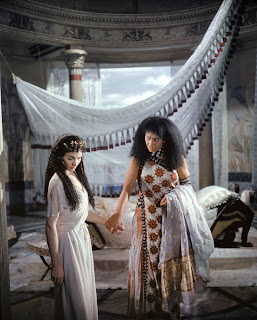 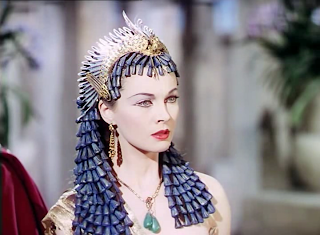 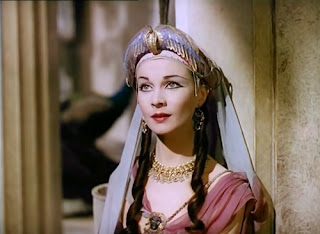 I had actually forgotten how stunning the costumes are - that blue headdress!

So here's a weird Vivien Leigh fact: It's well documented that Leigh suffered from mental illness and had a nervous breakdown while shooting the film Elephant Walk in Sri Lanka. But there is a lesser known aspect of the story - in fact, I only know about it because an acquaintance of my father's was in attendance at a dinner to which Leigh was also invited. At some point during the dinner a servant mentioned that in a nearby village an exorcism ritual was taking place. Going against the advice of her host and the servants, Leigh insisted on attending. Apparently she suffered from her breakdown not long after. Creepy, huh?
Email ThisBlogThis!Share to TwitterShare to FacebookShare to Pinterest
0 Comments

Apologies for the lack of posts lately but watching the Olympics must take precedence over all other activities. Speaking of which (though not really because I'm sure everyone's done talking about it), how about that Opening Ceremony?! Utter heaven and Jerusalem is currently on repeat on my iPod. Danny Boyle is a genius. I won't even give him a disapproving glare for dating Rosario Dawson. Go on Danny, you've earned your child bride.

And Britain! The following sums up my mood of late perfectly: 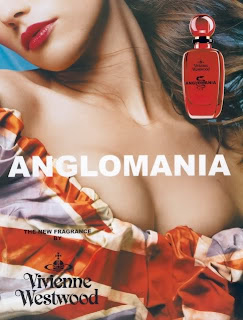 Indeed, if I must nitpick (and, of course, I must) I felt like the lack of hat-tipping to Madame Westwood was regrettable. Just think, instead of this yucko number - 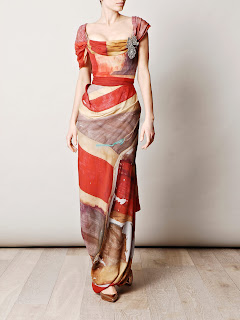 I will say that I was wee bit baffled by the NHS tribute as the very little I have read about the organisation in the past has not been positive. For a bit of context, back in the day I was properly obsessed with Michael Winterbottom's 2002 film 24 Hour Party People. It's the story of Manchester's music scene in the late-ish 20th century, centering on one of its key figures, Tony Wilson. In 2007 Wilson was refused funding by the NHS for treatment of his kidney cancer. According to this NME story, a bunch of rockstars stepped in to help out but sadly Wilson died in the same year. Interestingly enough, two bands Wilson had formerly managed - New Order and the Happy Mondays - were among those whose music featured during the Opening Ceremony.

Edit: It's all happening.
Cowabunga.
Email ThisBlogThis!Share to TwitterShare to FacebookShare to Pinterest
0 Comments